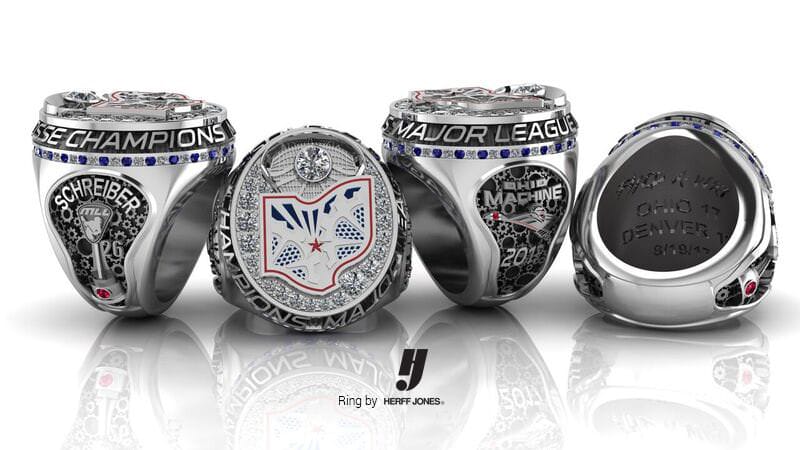 “In looking to find someone to help us commemorate this special season we were looking for someone who could not just design a piece of jewelry, but rather for a group that would want to partner with us and celebrate our first championship,” said Ryan Chenault, Ohio Machine team president. “It became quite clear early in the process that the passion and excitement the team at Herff Jones exhibited for us made them the right fit.”

“We are honored and excited to be named the official ring designer of Ohio Machine’s championship ring,” said Jeff Drees, president of Herff Jones. “Our designers always look forward to working collaboratively to create a ring that contains special meaning. We loved the ideas generated from the Machine players and look forward to a great partnership.”

The championship ring features a uniquely lacrosse design. On the top of each ring, a lacrosse head is incorporated above the Ohio Machine logo, which contains a custom cut blue gemstone in the shape of Ohio. The lacrosse head is also featured on the sides of the ring which showcase players names and an image of the Major League Lacrosse Steinfield championship trophy. In addition to the stones on the face of the ring, a single gemstone on the side symbolizes the team’s first championship. In all, the ring features over two carats of stones.

Herff Jones representatives will present the final ring design to the Machine players at a special pre-game on-field celebration prior to the 2018 season opener at Fortress Obetz on April 29.

ABOUT THE OHIO MACHINE
The Ohio Machine is a professional lacrosse team based in Columbus, Ohio. The Machine is one of nine teams competing in Major League Lacrosse (MLL), the premier professional outdoor lacrosse league. The team has been competing in the MLL since 2012 and won the franchise’s first MLL Championship in 2017. The team competes at Fortress Obetz, the nation’s first professional lacrosse specific stadium. For more information on Ohio Machine lacrosse, please visit www.theohiomachine.com.

ABOUT HERFF JONES
Indianapolis-based Herff Jones is the leading provider of graduation and recognition products and services designed to inspire student achievement and create memorable experiences for young people. A division of Varsity Brands, Herff Jones’ products include class rings and jewelry, graduation regalia, yearbooks as well as motivation and recognition tools and resources. Focused on building long-term relationships through a nationwide network of over 2,000 employees and independent sales representatives, the professionals at Herff Jones have been helping elevate the student experience and celebrate academic milestones since 1920. For more information about Herff Jones or Varsity Brands, please visit www.herffjones.com or www.varsitybrands.com. 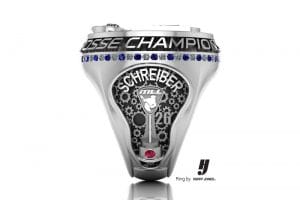