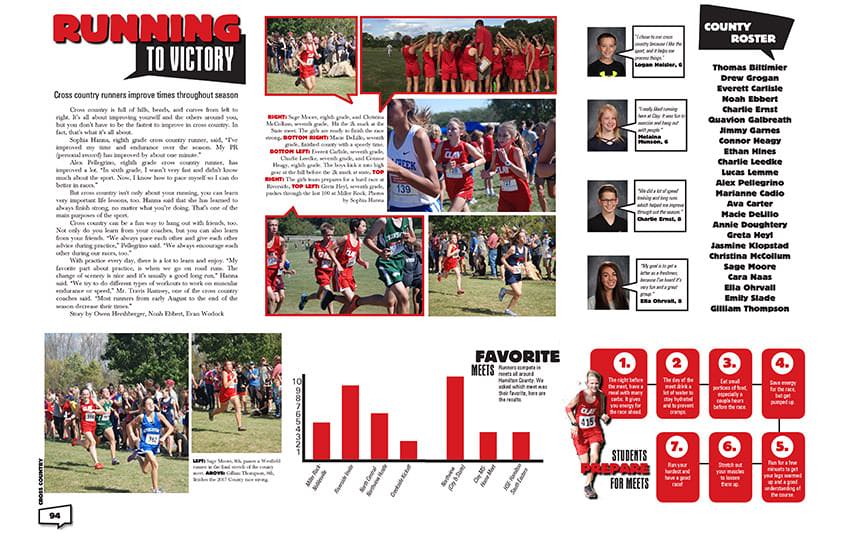 Walk into Evan Williams’ classroom at Clay Middle School in Carmel, Indiana, and you might think you’ve walked into a professional journalism office. There’s not a desk to be seen. There’s a tad of chaos. And there are students clustered around computers, grouped together on the floor and pouring out into the hallway.

“There’s not enough room for a lab and desks,” he said, “so I just got rid of the desks.”

This is the attitude Williams takes toward everything in his broadcast/newspaper/yearbook space. If it works, it works. If it doesn’t, make it better.

“It took me a while to understand yearbook,” he said. “My first three yearbooks are nightmares. I put them up there and I look through them now. They’re a joke.”

We’ve all been there. But he found his groove with our industry-leading online software eDesign, and empowered his students to take charge of their work.

Then Square One™ changed how yearbooks take shape.

You heard him. Middle school students taking on Square One™. And being fancy.

“Having the squares on the page – in eDesign the grid boxes with the internal space – that’s a game changer. Kids want to do two columns of text, and doing that with the old grid was not easy. Now I say, ‘go three boxes across and do four boxes down, there’s your two columns.’”

Williams had a moment when it all came together. Two of his students sat down to create a day-in-the-life spread. He walked them through Square One™, and they got it. 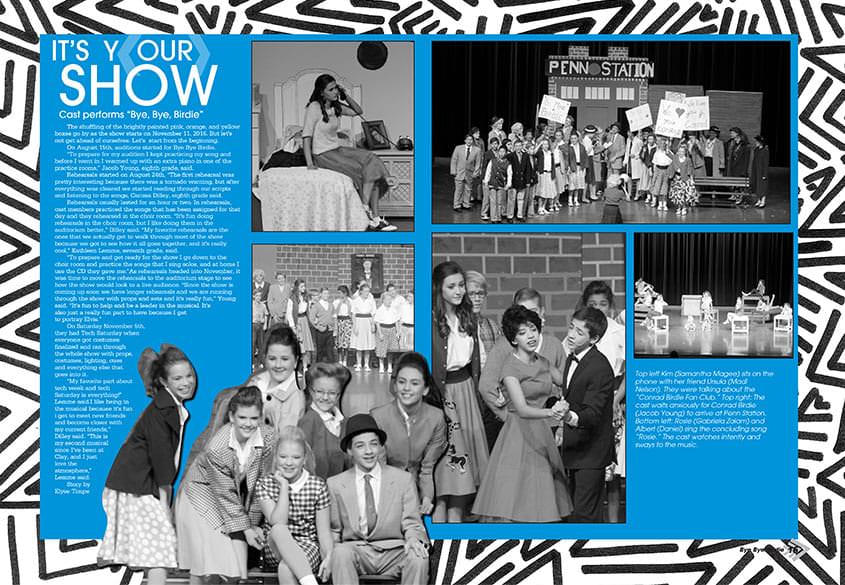 Musical without Square One 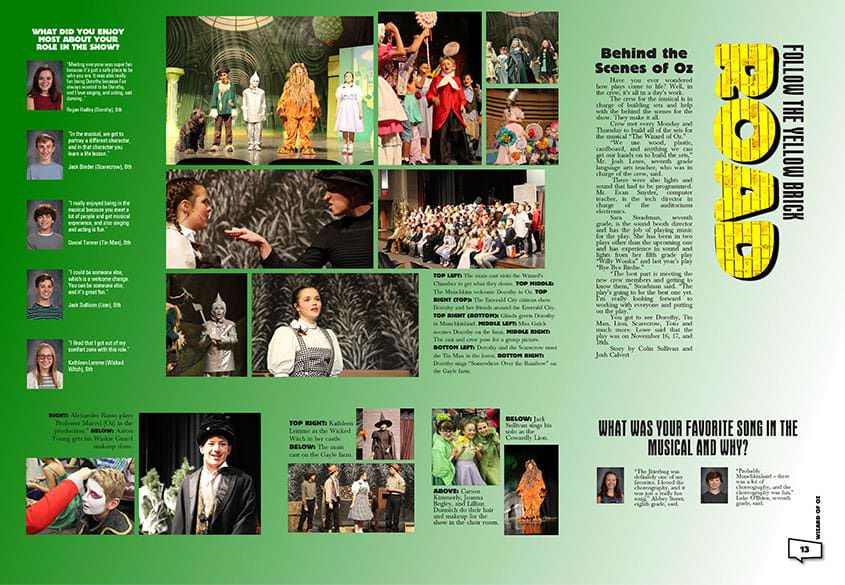 Musical with Square One 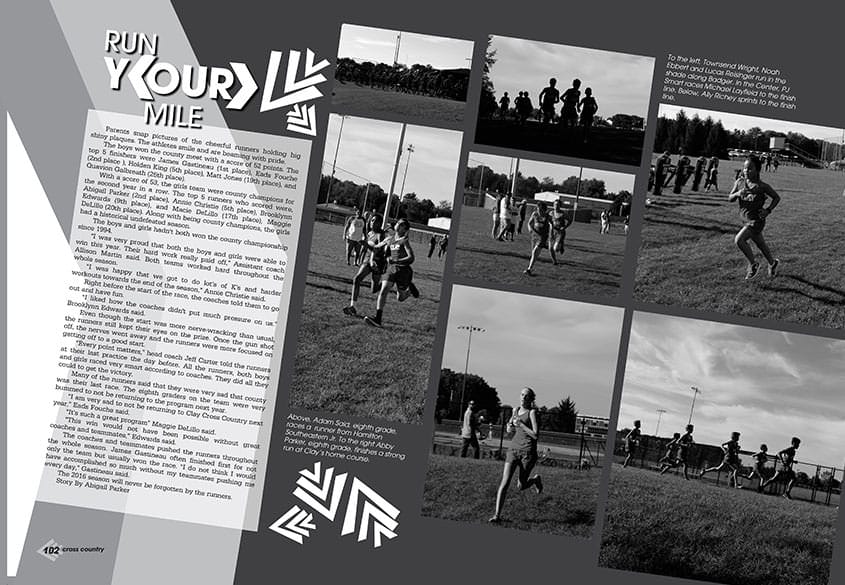 Cross Country without Square One 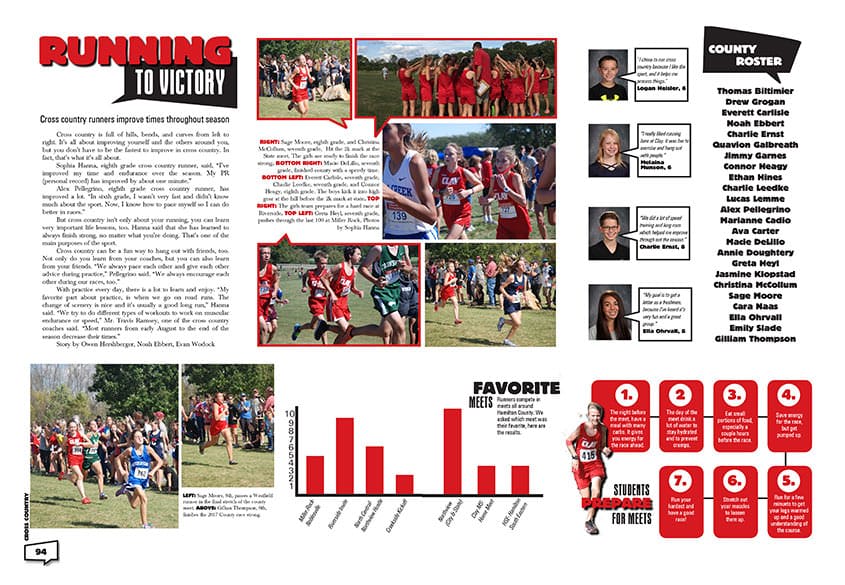 Cross Country with Square One

This simplified approach to teaching formatting gave Williams some peace of mind, but he doesn’t feel like he sold out teaching design.

“We were getting pages done before Thanksgiving, which was unheard of,” he said. “In the past, I’ve been a little leery about using templates because the students want our book to have a unique look. But I didn’t shy away from the interchangeable modules because they have the freedom to change them. Even if we do use the modules, we’re changing the fonts, adding text and some of the design changes to fit the theme.”

“The modules and grid have been a lifesaver,” he said. “For the kids who aren’t as visual, it gives them a starting point they would not have had without a ton of struggle.”

With a new sense of pride and with freshly empowered students, Williams made a promise to his staff members.

“I told the kids, this is going to be one of our best yearbooks ever. This one is going to set a new standard.”

Evan Williamshas advised student publications at Clay Middle School for 14 years and teaches Herff Jones and Ball State University journalism workshops. His students’ work has been featured in Herff Jones’ showcase books four times, and the 2016 volume was a Best in Show winner at the fall JEA/NSPA convention.

The magic of yearbook lives on.We all know the traditional functions of a yearbook. Of course, it’s a memory book, a history book and the year’s consummate photo album. Without a doubt, it serves as a record and a reference tool, too.We’ve asked, “If it’s not in the book, did …

Your time is now. You’ve spent years working hard to help produce incredible yearbooks, but now you’re the Editor-in-Chief. What you may not realize is that this is the most important job you’ve ever had.