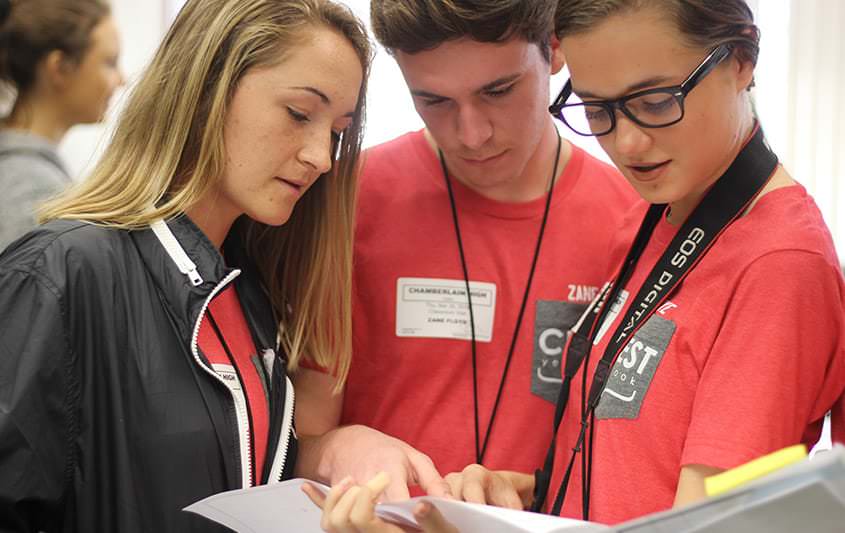 Advisers Jim Govreau and Morgan Miltner both submitted their final yearbooks March 9. But, they still have a book to complete.

Govreau, of Newsome High School, and Miltner, Strawberry Crest High School, both in Hillsborough County, Florida, and their staffs teamed up to do the impossible — create an entire book in two weeks for a neighboring school in need.

With no cover, no pages submitted and an adviser who started in the second semester with no yearbook experience, the Tampa area staff was about to finish the year without a yearbook.

“Morris Pate, my rep, talked to me about the situation early in the school year, and I visited the school in December,” Govreau said. “The computers weren’t great, there were about four or five students on staff, and nothing was completed.”

By mid-March, the staff had some photos from the school photographer on CDs, but that was it. Pate brought the story back to Miltner’s and Govreau’s attention.

They knew they needed to stage a rescue.

“My first thought was to throw my students at it,” Miltner said. “I have 66 on staff, why not send them to help. That was late Tuesday night. I talked to everyone and asked what they thought. At first the kids thought I was crazy, but then they said, ‘Okay, let’s do it.’”

Ten of Miltner’s staffers and four of Govreau’s took a field trip on March 29 to remedy the situation. The advisers worked on eDesign from their respective schools while staffers traveled to the school to gather content and put the book together.

“I was watching eDesign and I texted them at one point and I said, ‘Stop writing.’ We can’t spend any more time writing. We need to get photos in there now,” Miltner said. “We have so many rules and requirements for every spread, every caption, everything has to be done journalistically. It was hard for them to stop doing what they are used to so the work would be done quickly. It was amazing to see them making game-time decisions on how things would be covered and how the spreads would take shape.”

Both Govreau and Miltner teach journalism curricula and produce what we know as data-driven yearbooks. Staffs monitor and measure coverage by comparing student rosters to sources included. They also determine topics and structure using real-time student preferences. So, there’s a process.

“This is much more than a basic ‘picture book,’” Herff Jones Hall of Fame member Pate said. “These kids’ pride wouldn’t allow them to do that.”

Pate said his advisers also know students today demand new plot lines. They and their students follow Herff Jones’ “Zero/Zeros” practice and Square One™ design approach, ensuring as many students as possible are included. They believe every student has a story and both say they feel the responsibility to tell those stories.

Because of this training, photographer and first-year Newsome staffer Elliot Morgan volunteered right away.

“I said I wouldn’t mind going and helping these people out,” the senior said. “I know our staff is capable, great writers and overall great people. And I know from going to events with Strawberry Crest, they are the same. I knew we could put this together and make something lasting for the school.”

On March 27, the now-combined yearbook staffs uploaded portrait pages. By lunchtime, two days later, they had submitted 72 pages. Give them a couple more days, and the book will be completely done. 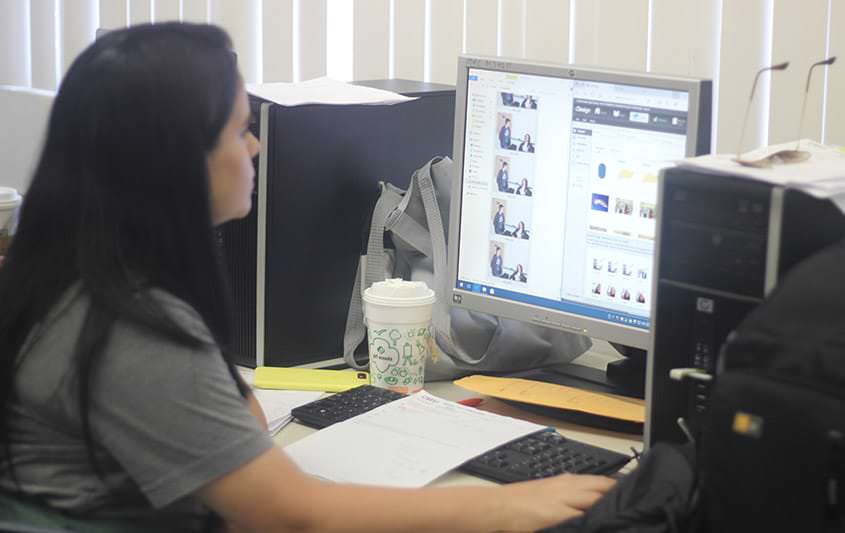 “When we saw all of the spreads were empty, we were shocked something like that could even happen,” Newsome editor Ashley Arndt said. “Mr. Govreau asked if we were willing to help, if there was anything we thought we could do. At first, I thought one day wouldn’t be enough. Once we started breaking it down though, it became a lot more manageable.”

Miltner said the students were nervous to go into a school where they did not know anyone and roam the halls, pulling students out of class for interviews and photos. But as they got to work, they started having fun.

“Students would come in the classroom throughout the day and look at the computer, and I would ask if they were affiliated with the sport I was working on,” Arndt said. “Even if they weren’t, they would give me the phone number of someone who was. So, I have random people’s phone numbers from the school now from asking for interviews.”

“They arranged the yearbook dream team,” Pate said. “They fought through nightmarish, rush hour Tampa traffic, organized themselves, took photos, conducted interviews, wrote stories, headlines and captions, assembled pages, dazzled the administration, faculty and students, and by about 4:00 p.m. had pretty much completed a yearbook.”

“We have a culture in the program,” Miltner said. “You are part of something bigger.”

Be in the know when it comes to yearbook cover feature term definitions.

Yes, you may think you have some great ideas for your yearbook, but, have you stopped to consider whether you have the legal right to include any of these works in your publication? Every yearbook staff should be familiar with the basics of copyright law.

A headline grabs the readers’ attention and pulls them into the coverage on the yearbook spread. These guidelines will help in writing effective headline packages.