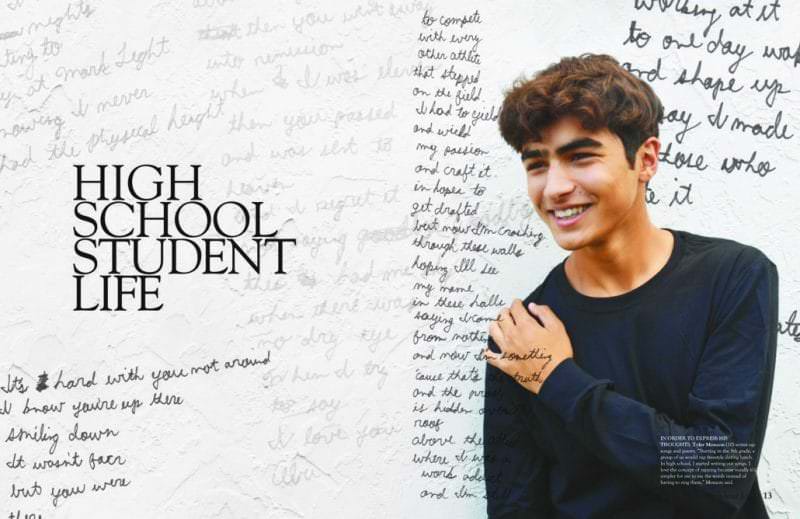 ANNIVERSARY YEARS ARE OFTEN YEARBOOK TRAPS. ADMINISTRATORS WANT A HISTORY BOOK, BUT THAT COULD LEAD STAFFERS TO OVERLOOK STUDENTS AND FACULTY MEMBERS CURRENTLY WALKING THEIR HALLS.

In the case from a Square OneTM pilot staff in Florida, leaders not only decided to celebrate the bond students share, but to do so in a format they had never tried.

They embraced a blended approach to content, meaning modules with clear separation space fill spreads as they fit together physically, but without unifying topics. Coverage and topics blend together to mirror the lives and schedules of students.

“I wanted to do blended coverage because I am always open to change. Why not be different?” Editor Taylor San Miguel said.

“In the past, we didn’t get to cover certain programs as much as we’d like. Using modular design with Square OneTM and following a blended approach opened up so much in the book. We were able to cover everything.”

This way, we develop a mod around a dominant story to give it more space of its own. The reader goes there first, then naturally it goes along eyelines and separators to see the other packages or mods. If the coverage you have planned doesn’t work out — you don’t get great photos or the story doesn’t turn out to be interesting — you can just change that coverage out with another mod about another topic.

A group of seniors sat in the hall crying when they saw the book for the first time. Those seniors cried enough for the whole school. Seeing the book — it was so different than before — people liked that this way of doing the spreads gave more attention to more people. And, it looks more modern. 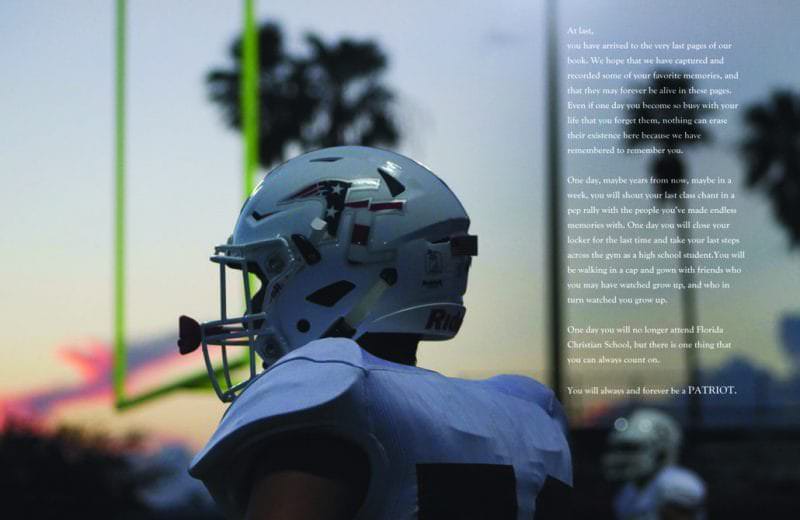 Everyone should be equally represented because the first thing everyone does is look for their names, and when they are featured on more than two pages, it’s a great gift.

Even the teachers loved the coverage. A coach originally said her team wasn’t covered enough because she was expecting to see a spread devoted to the team, like our old yearbooks. But I showed her all the mods scattered throughout. She was impressed!

That’s the goal of blended coverage. You have to look through the whole book to find yourself and, in the process, appreciate the whole school. It takes some getting used to. But, you notice kids are paying attention to coverage they never noticed before. Because chemistry may be on the same spread as soccer.

Blended coverage makes the process so much easier. You can make spreads multiply.

Just flip one in each direction. Then, you have many different looks to start with. Readers won’t notice the templates are flipped because you won’t put those spreads next to each other on the ladder. They notice the pretty pictures and clever headlines, and that’s it. And, of course, they notice all the coverage.

“Yearbook is an art.
It’s journalistic in style, writing, photography, design. You’re not going to please everybody. That’s just how life is.”

Read more yearbook blog stories like This Little Rectangular Game-Changer and It’s Time for the Talk.

‘Tis the season to take a step back from the computer. That’s right. Put down the spreads. Take one step back. Now another. Now a deep breath.

Herff Jones Portfolio Vol. 25. It’s our “best of” collection featuring amazing photography, covers, innovations and coverage from yearbooks we print each year. This year our editors carefully combed through the hundreds of entries we received and chose 477 schools whose yearbooks stood out above the rest. To all of …