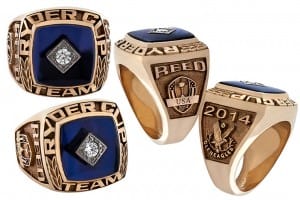 Herff Jones has been selected to craft the Ryder Cup rings for United States’ players, captains and PGA of America
officials. The Ryder Cup is a prestigious men’s golf competition between teams from Europe and the United States.

The Ryder Cup competition is held every two years with the venue alternating between courses in the USA and Europe. This year’s event will be held September 23-28 at the Gleneagles Hotel in Perthshire, Scotland. The Ryder Cup has developed into golf’s most important team competition.