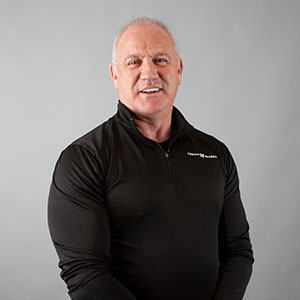 Steve Down joined Herff Jones as President on October 22, 2019.
Down joins Herff Jones with proven strategic acumen and an impressive history of achieving sustainable top and bottom-line results. He recently served as Vice President and General Manager for the Residential Division of Allegion, a publicly-traded provider of security products for homes and businesses, where he had full P&L responsibility for a $550M business and delivered significant expansion through strategic initiatives, technology and skillful execution. Earlier in his career, Down served in a leadership role at Ingersoll Rand, where, among other achievements, he led a transformation at Ingersoll’s Commercial Door Division that included dramatic improvements with respect to both product delivery and quality. 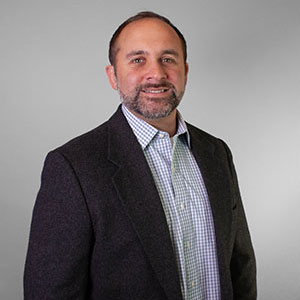 Jon Neale joined the Herff Jones executive team as Interim Chief Financial Officer in May 2019. In his role, he is responsible for being a value-driven leader of Herff Jones’ finances across the enterprise. His responsibilities as a strategic business partner include financial planning, risk management, decision support, cash flow management, analysis and reporting.
Prior to joining the executive leadership team, Neale served as the Director of Financial Planning and Analysis. Prior to coming to Herff Jones, Neale held various financial management positions at Dow AgroSciences and Siemens, most recently as the Senior Finance Manager for Dow’s Canadian Crop Protection and Seeds business unit. Neale has a diverse background managing the financial portfolios of international businesses, with a strong emphasis on business transformation, system implementation, financial analysis, planning and forecasting.
Neale earned a bachelor’s degree in business administration from Indiana University’s Kelley School of Business. He is also a Certified Management Accountant. 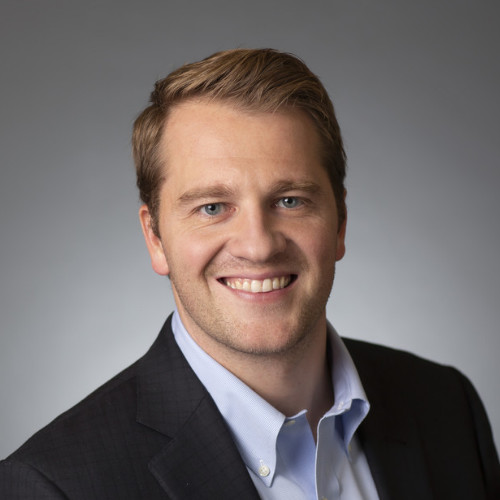 Andrew Checketts joined Herff Jones as Vice President of Strategy and Business Transformation in January 2020. Checketts most recently served in a senior consulting role at Bain and Company, one of the top global management consulting firms. He is responsible for the company’s ongoing strategic planning process, including strategy development and the identification of new transformational initiatives in collaboration with other top leaders within the organization. Checketts also plays a critical role in connecting the needs of our customers, sales partners and plants via thoughtful human and technological integration.
Prior to moving into the consultancy industry, Checketts held several account services and analyst roles with ESPN based out the New York office. He received a Bachelor of Science degree from Brigham Young University and MBA from The Wharton School of the University of Pennsylvania. 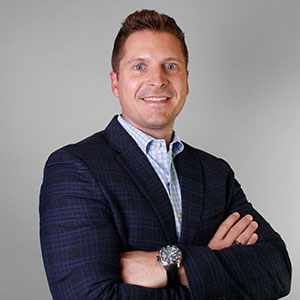 Brian Fleming joined the Herff Jones executive leadership team in December 2017 after being named Senior Vice President of Sales Operations & Strategy. He is responsible for driving increased performance and effectiveness of the sales force as well as strategy execution. In 2019, Fleming assumed the additional responsibilities of leading the Herff Jones college sales division. His experience working with private equity backed companies and his passion for instilling discipline and fact-based decision-making to initiate growth is what brought him to Herff Jones in 2016 as the Director of Finance Planning and Analysis.
Prior to joining Herff Jones, Fleming served in various finance leadership roles within global manufacturing organizations where he worked closely with sales, marketing and operations. He held global management roles as Manager of Finance at Firestone Industrial Products and Director of Finance Planning and Analysis at Envigo. He began his career in public accounting, with later experience in business valuation consulting.
Fleming earned a bachelor’s degree in finance as well as his MBA from Valparaiso University. He is also a Certified Public Accountant. 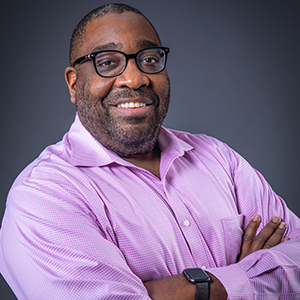 Don King joined the Herff Jones team as the Chief Marketing Officer in September 2020. He is responsible for overseeing the creative, digital, consumer insights and product management marketing functions. His expertise in the field plays a critical role in influencing product development strategies and to help drive change to a digital and e-commerce brand experience for our customers.
Don King brings a wealth of experience from top brands like Zoro Tools, Kraft Foods, Coca-Cola and P&G, and has a proven record of creating sustainable growth and delivering breakthrough results. Don received his bachelor’s degree from Stanford University and his MBA in marketing and finance from The Wharton School at the University of Pennsylvania.
Outside of the office, Don volunteers his time to his alma mater, currently serving as a board member for the Stanford National Black Alumni Association as well as an interviewer for Stanford Alumni Admissions. With a passion for mentorship, Don has enjoyed recruiting and training marketing talent to help them become future organizational leaders. 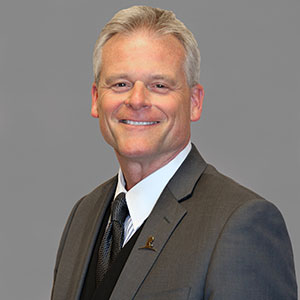 Doug McWilliams was named Vice President of Yearbook Operations in November 2014. His primary focus is on continuous improvement within the company’s two yearbook manufacturing facilities, ensuring the delivery of a quality product on time and defect-free to customers.
McWilliams previously served as Plant Manager for Herff Jones’ Kansas City yearbook facility since 2012. During his more than 25-year career with the company, McWilliams also served in other leadership roles including Systems Coordinator, Customer Service Manager and Art Director. At the division level, McWilliams introduced standard operating procedures across six yearbook manufacturing facilities in addition to four successful plant consolidations. Earlier in his career, McWilliams was a creative artist at Jostens.
McWilliams earned a BBA degree in from Baker University, with an emphasis in graphics arts. He also represents Herff Jones within the Professional School Photographers Association. 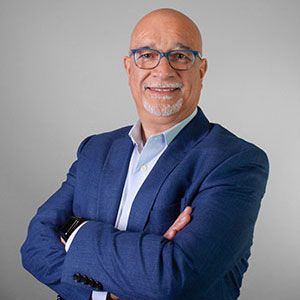 Michael Quesada joined the Herff Jones executive team as the Vice President of IT in May 2019. In his role, he oversees the IT team as well as the company’s overall technology modernization strategy. Quesada is responsible for overseeing the operation of our current systems, assessing and managing technological risk, and implementing technology improvement across the enterprise.
Prior to joining the Herff Jones team, Quesada served as the Vice President of Infrastructure and Security for ITT Technical Institute. He has a strong leadership background in IT strategy development, project management and operations. He also has a wealth of experience in technology transformation and a multitude of success in the deployment and adoption of systems to generate immediate business value. Having held positions in France and Mexico, Quesada’s business acumen includes international experience as well.
Quesada earned a bachelor’s degree in business administration from The University of Texas at El Paso. He has also served on the board for The Hispanic Center of Indianapolis and La Plaza, Inc. 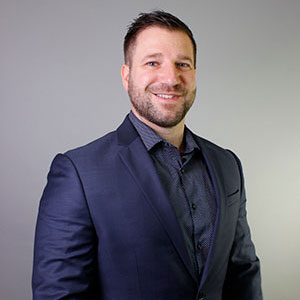 Phil Reid was named Senior Vice President of Global Supply Chain for Herff Jones in July 2018. He previously served as VP of Operations for Fine Papers, Diplomas, Covers and Frames since July 2017, where he created a customer focused culture and turned around an under-performing business. Reid leads all areas of scholastic and college manufacturing.
Reid began his career at Herff Jones in 2009 as Division Manager of Process Improvement and Quality for the cap and gown business, where he developed metric-based reporting and team-based management systems that created easier feedback loops to increase productivity and enhance profitability. He introduced a lean continuous improvement program with a Six Sigma structure, training and instructing employees to lead projects in process improvement. He then became Plant Manager, where he developed supply chain strategies to increase profitability through working with new partners in China. He later held the enterprise role of Operations Lead for business transformation, driving improvement through an ERP implementation.
Earlier in his career, Reid worked at Stanley Works, known now as Stanley Black & Decker, Inc., and Shares, Inc. In both of these roles, he was responsible for driving supply chain development and strategic planning for production and quality.
Reid earned a bachelor’s degree from Franklin College and an MBA in finance from Indiana University Kelley School of Business. Reid holds a Black Belt Certification in Six Sigma. 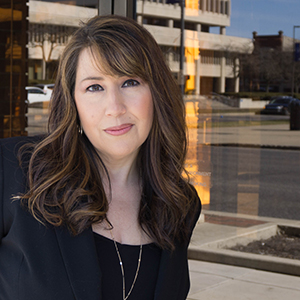 Salena Scardina joined Herff Jones as Vice President of Customer Experience in March 2020. Scardina, a veteran executive with more than 25 years of experience in customer service, joined the company from HeroCX management consultancy firm, of which she is the founder. She owns the vision for evolving the brand experience throughout the customer journey, delivering a consistent approach at each of the company’s contact centers.
Scardina has worked with top national brands like HanesBrands and Crate&Barrel in the consultant space. Prior to starting her own firm, Scardina held senior leadership roles at Sweetwater Sound, a national music technology and instrument retailer, and international handbag and accessories company Vera Bradley, in addition to multiple customer engagement and experience positions during her 15-year tenure at McDonald’s Corporation.
She received a bachelor’s degree in business administration and Spanish from Monmouth College, and holds a MBA from Benedictine University with a concentration in marketing. She is currently an executive committee member on the board of directors for the Greater Fort Wayne YMCA. Prior board appointments include the International Society of Consumer Affairs Professionals and Northeast Indiana Public Radio. 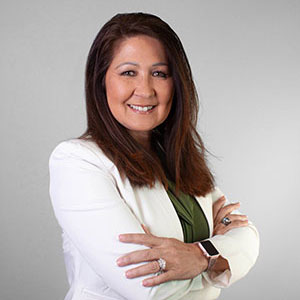 Rika Cuff was named Vice President of Sales for the K-12 division in 2020. She is responsible for leading the sales organization with a concentration of winning new schools and driving improvement in same schools sales.

Cuff previously served as National Account Manager for Herff Jones’ parent company, Varsity Brands, via its IMPACT program since 2014. Prior to that, she worked with Varsity Spirit Fashion beginning in 2010. Her career background includes having a strong emphasis on human resources, business management, sales and business ownership. Cuff and her husband have also owned a successful construction company since 1994, which has given her great perspective as it relates to entrepreneurship. 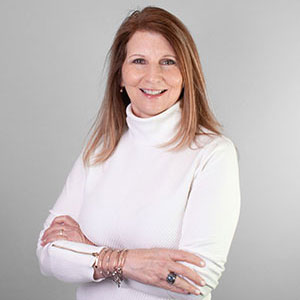 Kelly Crouch was named Vice President of Yearbook Enablement and Planning in 2020. Previously, she served as an Area Sales Manager for four years and a sales partner for 12 years.

Crouch first began her yearbook career more than 25 years ago, when she accepted a teaching position that included yearbook. Today, she leads sales enablement for the company’s yearbook division. She credits her time spent as an HJ customer as the most valuable experience in preparation for her success in the various roles she has held at Herff Jones over the years. As a former educator, she believes in the value that we bring to each and every customer. As a sales leader, her focus is keeping the customer at the center of what we do in order to achieve great success.

Crouch earned a bachelor’s and master’s in educational leadership from Southeastern Louisiana University. She has also served as a CASA volunteer for seven years.